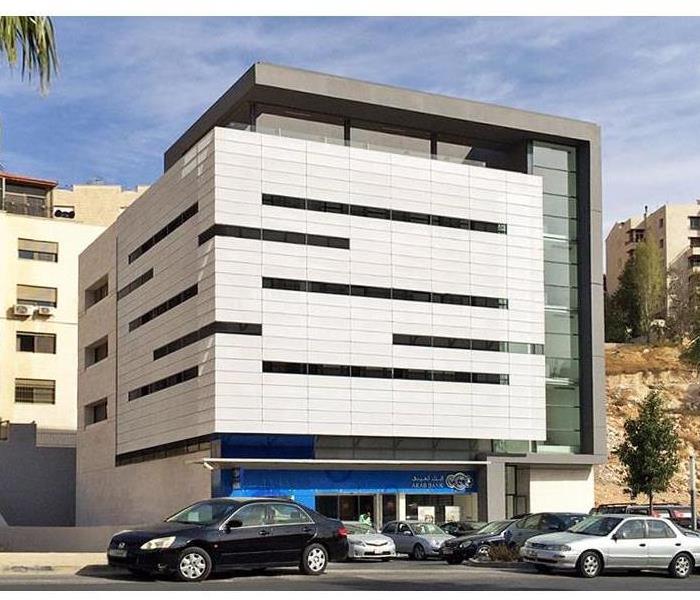 There are three main reasons why we must approach commercial fires differently than residential fires.

Building construction: The average house has many compartments and at least some fire protection for the ceiling support members in the form of the drywall ceiling. In contrast, most modern commercial structures include lightweight open bar joist trusses that span a large, open area designed for retail or office use. Because commercial buildings lack the compartmented features of a house, the fire has the potential to grow much larger, much faster.

Consider this: In a 2,000-square-foot house with one or two involved rooms, the walls may limit fire spread to a few hundred square feet. In a 2,000-square-foot commercial building without such “compartments,” a small fire is more likely to grow at a much faster rate. Hence, buildings of the same overall size may produce vastly different sized fires. Add to this the open nature of many commercial roof assemblies, which are often unprotected from direct flame contact, and you get buildings that will fail faster than residential structures.

Hidden fire: The second major difference between residential and commercial structures is that moderate or large commercial structures can conceal a large fire without showing the classic indications of a working fire. One example: A fire in a 1,000-square-foot house will probably fill the house with a smoke layer that’s close to the floor. The same size fire in a 5,000-square-foot commercial structure may present with smoke only at the ceiling level. It’s the same amount of smoke; it’s simply dispersed over a larger area. We tend not to feel threatened by smoke that’s 12 feet above us; however, the roof assembly is directly exposed, increasing the potential for collapse.

This example shows why we cannot treat a commercial building the same way we treat a house. Moderate smoke showing from a 3,000-square-foot house may lead us to take an offensive approach. The same presentation from a commercial structure probably indicates a much larger and more dangerous fire. If we use the same offensive approach, we’re likely to get into serious trouble. Add to that the inherent difficulties in finding and attacking the fire in a large building, and you can see where the risk becomes compounded. It takes more personnel with longer, larger lines a greater amount of time to attack the fire. Plus, the bigger the fire and the longer it burns, the more likely it is to bring down the structure.

Access, egress & ventilation: The third significant difference between residential and commercial structures is the ease at which we can access, egress and ventilate the buildings. Doors in commercial buildings are grouped in a way that benefits the retailer in their effort to control the customer. They are typically located in a single area and are designed for easy egress only once you reach them. They are not evenly spaced around the structure. Have you ever been out the back door of a Wal-Mart? Although the exits are required to be large enough for the customer traffic, they were never intended to be spaced evenly enough for firefighting access or egress.

As for ventilation, even the most well staffed fire departments will find it a challenge to cut holes large enough or fast enough to keep up with the volume of smoke produced by a significant working fire in a commercial structure.